Looking for an Affordable and Reliable Cordless Drill? This Is It!

Black & Decker is a name that is arguably the most synonymous with drills, both corded and cordless, so naturally I had to take a look at what they have to offer. I’ve chosen to review the LDX120C, which has garnered some great user reviews online. This particular cordless drill/driver is not a heavy-duty model, so you can’t expect it to tackle professional construction jobs, but if you are looking for something that is excellent for making small repairs, drilling a few holes here and there, fastening screws around your home, or even light woodworking projects, the LDX120C is quite good. I’ll also touch on Black & Decker’s entry-level model, the LDX112C, which is a bit like the “Mini Me” version of the LDX120C. 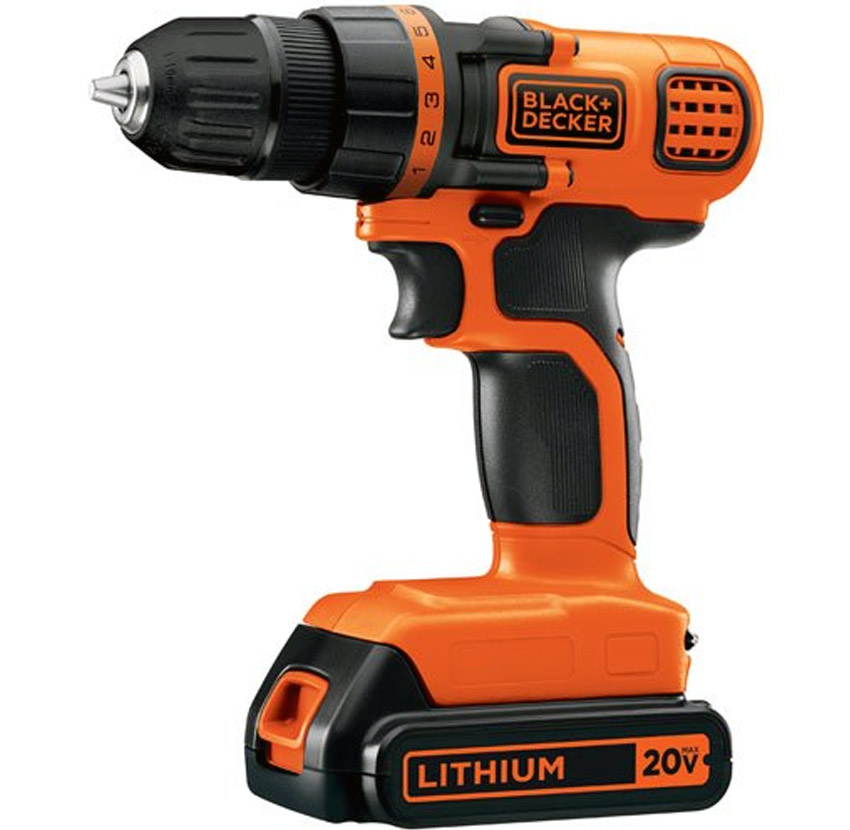 Another reason I’ve chosen to review these models is because they are replacements for Black & Decker’s old MAX series. The key difference between the two series is that this new series features the more modern Li-Ion batteries. Also, the LDX120C has some useful features you wouldn’t expect to find on an entry level cordless drill. So let’s check them out.

Motor Packs a Lot of Heat

Seeing as the LDX120C is an entry level model, 20 volts should be more than enough for any task around the house you might want to use it for, and 115 inch-pounds of torque is a respectable figure for this type of cordless drill. The LDX112C, which features a 12V battery, is a lot less powerful and therefore suitable only for tightening a few nuts and bolts, drilling smaller holes, and other light-duty jobs. But delivering the power they have wouldn’t be possible without proper batteries, and the Li-Ion batteries both of these use will hold a charge for much longer, compared to their NiCd cousins.

I discussed the benefits and drawbacks of both Li-Ion and NiCd batteries in a separate article, but I will say that Li-Ion batteries are much smaller, lighter, and they have no memory effect, which effectively means you can leave them on the charger without diminishing their capacity. You can also do partial charges and discharges. Lots of pros, for sure. You may, however, need to replace them more often, because they have a shorter life span.

The LDX120C has only one speed setting. However, as is the case with all the other modern cordless drills made by top manufacturers, you can vary the speed by varying the pressure you apply to the trigger. The single setting allows for the drill to operate between 0-650 rpm, which means it’s quite suitable for home repairs. If you are a professional contractor, you should look elsewhere.

The 3/8″ chuck features keyless design. The clutch on the LDX120C has 11 different settings, which should provide you with plenty of flexibility. For example, when screwing holes in drywall, many people make the mistake of drilling in too deep. With this cordless drill, though, you are not likely to encounter that problem. The 3/8″ chuck is smaller than what you will find on heavy-duty drills, but it is suitable for this light-duty drill. 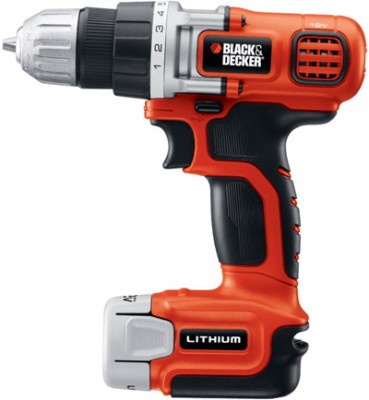 The LDX120C weighs in at 6.45 pounds, including the battery, which is pretty lightweight. This means you will be able to use it continuously without your arm getting tired to quickly, which is really important. Really, what would be the point of having a durable battery if the drill is too heavy to operate for prolonged periods of time? The LDX112C weighs only one pound, which is why I referred to it as the “Mini Me” version of the LDX120C. Also, the LDX120C is pretty compact, which is great because it allows you to reach inside places like drawers and smaller cabinets without much fuss.

The drill should fit nicely in your hand, thanks to the anti-slip grip handle which is made of really soft rubber, and the ergonomic shape of it. I have come across some user comments which claim the grip on the LDX120C is not as good as that of some higher-end models found in Black & Decker’s range of cordless drills, but seeing as this model targets the affordable, entry-level segment of the market, that should hardly come as a shock.

The LED work light comes in really handy when you need to do some fastening in low-light conditions. The one found on the LDX120C is always on, although I would prefer if I could turn it on or off depending on my need for it. However, since LED lights consume very little power, it’s really not an issue.

Stuff You Need to Consider

I was going to list some cons here, but it would be a bit unfair of me to find faults in a cordless drill that’s so inexpensive (around $50). I came across some complaints that these drills come with only a single battery, but for this kind of money, a second battery pack is not something you can realistically expect. On the other hand, if you were to buy another battery pack, it would raise the price of the drill, which then makes it not as affordable.

One flaw which does come across on the LDX120C is the chuck, which apparently has a bit of difficulty maintaining a tight enough grip on the bit, so you have to stop what you are doing every so often to re-tighten the chuck. Also, neither drill comes with a carrying case. It’s not much of an issue with the LDX112C, but the LDX120C really could use something in which to store the drill and all the bits you need.

One more thing to consider is that these drills don’t come with a fast charger. Why do you need one? Well, Li-Ion batteries charge in less than one hour or so with one. With a regular charger, which is what comes with these drills, the batteries will need to charge for 4 hours before they are fully charged, and seeing as you don’t have a spare battery, you will have to wait for it to recharge. Again, I don’t consider this to be a flaw. I was just illustrating that you get less when pay less. Regardless, the LDX120C is still one of the most affordable drills out there.

The LDX120C, as well as its diminutive cousin, the LDX112C, is an excellent choice if you are in the market for an inexpensive, versatile cordless drill that you intend to use for light drilling and fastening jobs around the house. Its lightness and compact dimensions will allow you to use it continuously without fatigue, and you will be able to reach into tight spaces with it. At this price, you would be hard-pressed to find a better cordless drill.